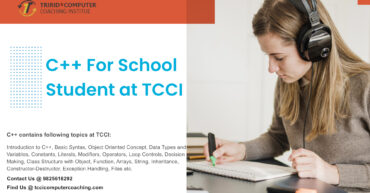 It is the only industrial programming language that is built around this concept. In C++, life times of all objects are exactly known, and (well-written) C++ programs guarantee that resources are acquired and released in fully deterministic manner. TCCI-Tririd Computer Coaching Institute is focused on providing Quality education with practical sessions. Satisfaction of our student […] 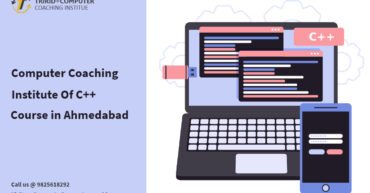 Welcome to Tririd Computer Coaching Institute. We are a Gujarat (India) based Computer coaching institute at Ahmedabad and we focus on providing best teaching to students through different learning method/media. C++ Language C++ is a middle-level programming language developed by Bjarne Stroustrup starting in 1979 at Bell Labs. C++ programming is a general purpose and […] 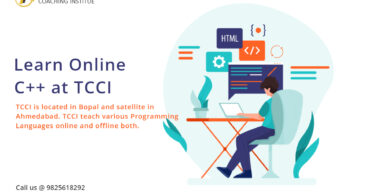 TCCI is located in Bopal and satellite in Ahmedabad. TCCI teach various Programming Languages  online and offline both. If you are beginner then you can start from C++. We teach following topics in c++ Introduction to C++ Basic Syntax Object Oriented Concept Inheritance Data Abstraction polymorphism Encapsulation Data Types and Variables Constants, Literals Modifiers Operators […]

Array is collection of more than one data at same location of same type. Syntax: data type name[size]; This will create memory of specified size-data. For example, an array containing 4 integer values of type int called rn could be represented as: int rn[4]; 3 2 1 0 In array memory always start from 0. Initializing arrays By default, […] 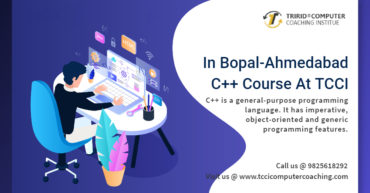 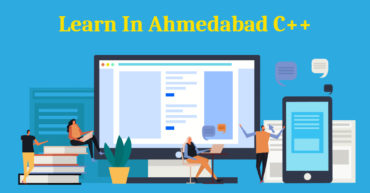 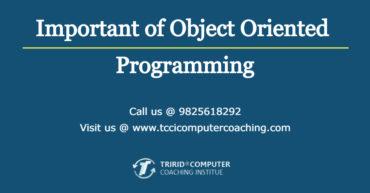