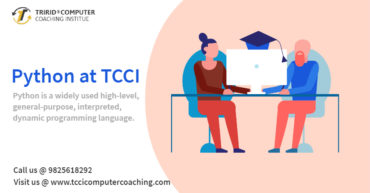 Python is a widely used high-level, general- purpose, interpreted, dynamic programming language. Its design philosophy emphasizes code readability, and its syntax allows programmers to express concepts in fewer lines of code than possible in languages such as C++ or Java. Python interpreters are available for many operating systems, allowing Python code to run on a wide variety of systems. Using third-party tools, such as Py2exe or Installer, Python code can be packaged […] 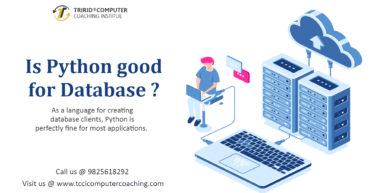 Is Python good for Database – tccicomputercoaching.com

As a language for creating database clients, Python is perfectly fine for most applications. Most database-heavy applications will spend a lot of time networking, so they won’t benefit all that much by using a “performance” language like C++ over a “productivity” language like Python. Most importantly it the capability of the developer and the DB designer […] 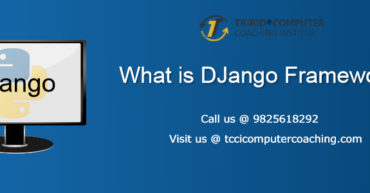 What is DJango Framework? – tccicomputercoaching.com

Django is a Python based full stack web development framework means it is used to develop full-fledged websites in Python. It encourages rapid development and advocates pragmatic and clean code. A web application framework is a toolkit of all components need for application development. Following are using Django back end: Mozilla Instagram Pinterest And many more Key […] 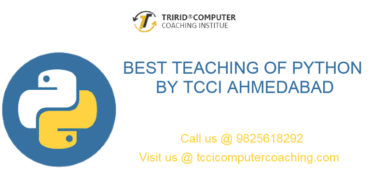 Python is a programming language that lets you work quickly and integrate systems more effectively. As many institute are now started giving coaching on Python in Ahmedabad, but TCCI Computer Coaching had a great skill and technique to teach the Python language which can be understand by participate easily and quickly . TCCI Coaching center […] 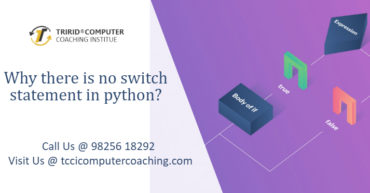 Why there is no switch statement in python? – tccicomputercoaching.com

Switch case is a powerful decision-making construct commonly used in modular programming. Unlike other programming languages, Python doesn’t provide a switch case instrument over the self. However, it has many other constructs like a dictionary, lambda function, and classes to write a custom implementation of the Python switch case statement. One example of Switch in […] 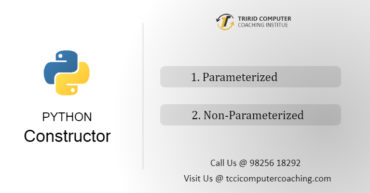