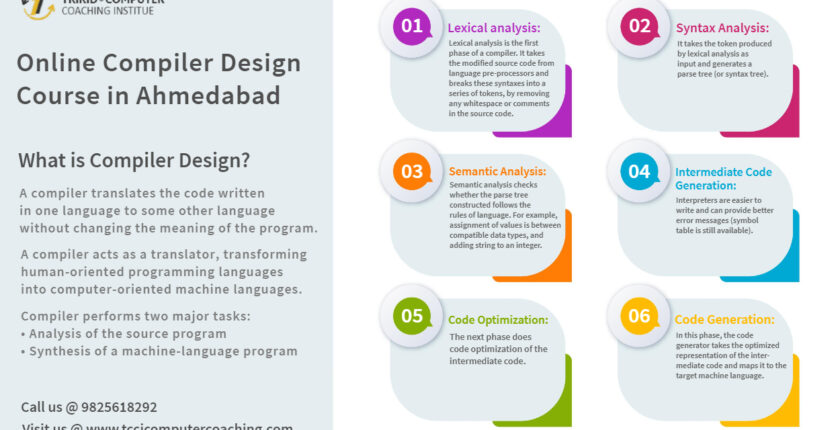 A compiler translates the code written in one language to some other language without changing the meaning of the program.

The compilation process is a sequence of various phases.

Lexical analysis is the first phase of a compiler.

It takes the modified source code from language pre-processors and breaks these syntaxes into a series of tokens, by removing any whitespace or comments in the source code.

It takes the token produced by lexical analysis as input and generates a parse tree (or syntax tree).