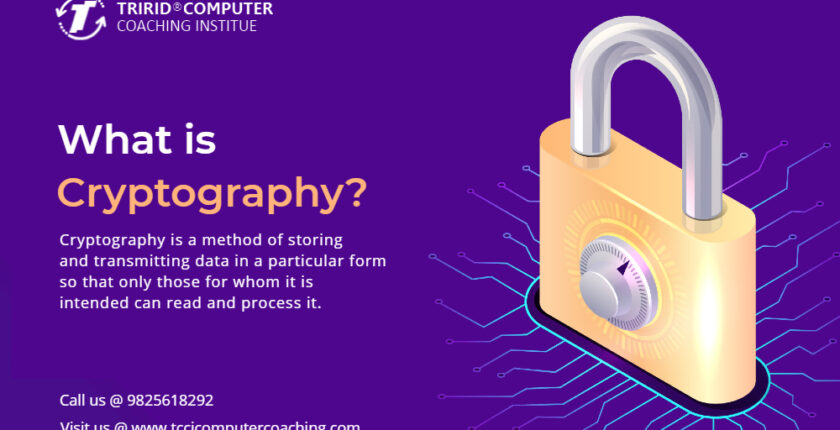 Cryptography is a method of storing and transmitting data in a particular form so that only those for whom it is intended can read and process it.

Cryptography includes techniques such as microdots, merging words with images, and other ways to hide information in storage or transit. However, in today’s computer-centric world, cryptography is most often associated with scrambling plaintext (ordinary text, sometimes referred to as clear text) intocipher text (a process called encryption), then back again (known as decryption). Individuals who practice this field are known as cryptographers.

The science or study of the techniques of secret writing, especially codeand cipher systems, methods, and the like.

There are five primary functions of cryptography today:

Privacy/confidentiality: Ensuring that no one can read the message except the intended receiver.

Integrity: Assuring the receiver that the received message has not been altered in any way from the original.

Non-repudiation: A mechanism to prove that the sender really sent this message.

Key exchange: The method by which crypto keys are shared between sender and receiver.

In cryptography, we start with the unencrypted data, referred to as plaintext. Plaintext is encrypted into cipher text, which will in turn (usually) be decrypted into usable plaintext. The encryption and decryption is based upon the type of cryptography scheme being employed and some form of key. For those that like formulas, this process is sometimes written as:

Modern cryptography concerns itself with the following four objectives: