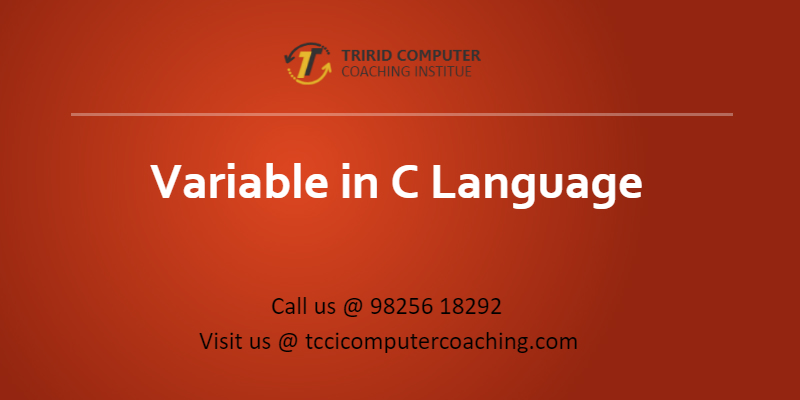 Variable is a memory location where we can store the data.

In programming we can’t use data directly. We have to store  the data first(on which we are going to  process) in memory . This memory is allocated as per  Data Type.

The variable can store single data at a time.

We can Update the data stored in variable.

First letter should be start with alphabet.

No any symbol like * , dash, Hash, space  should be used except underscore.

To learn more about C Programming Langauge at TCCI